This year 2014 knew a flying start. January 4rd the training, long anticipated but so far unsuccessful because of lack of funding, started with three days with general information for all participants of the training. On day four groups were separated. The lab-technicians formed their own group, the pharmacists another and the psychosocial workers again formed their own group for two more days of training. The medical doctors and nurses formed the biggest group. We were 32 in number and continued another 7 days to talk about ARV, treatment schedules, opportunistic infections, sexual transmitted diseases and prevention of mother to child transmission.

It was very full days, from 8am until 5.30pm, but all stayed attentive, in spite also of the hot temperatures (it is dry season). Sunday evening, after an especially tiring and hot day we came together for a relaxing time together. And indeed, speeches were asked, also of me, as partner and the one who ultimately found financial support that made the training possible. I gave God all honor. It is He who works through me.

Monday was the final ceremony. And that also went well. Here again I was asked to make a speech, with almost the same contents. I told something about the search for funding, and the constant failure to find it until recently it came to pass. We received the money only in the middle of December 2013, but because the people of the National AIDS Program could only come from 4-13 of January, we had to organize the training very quickly. We succeeded in this because of the marvelous collaboration with two doctors from Adi, Simon and Claude, and the people of the logistics.

Now is the time to assimilate all knowledge and make plans how to organize it all. Prevention of mother to child transmission and counseling and testing will be organized in several health centers and next to this the treatment with ARV in the hospital of Adi. I will be involved in this as well. Saturday, January 18, we had our first meeting to plan it all. By the way, the message has already be passed on over the local radio, radio Shalom, that we will start and the first people living with HIV have come already. They no longer want to go to Uganda but be treated here. 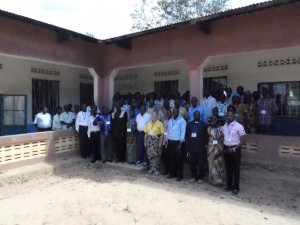 The whole group at the beginning of the training 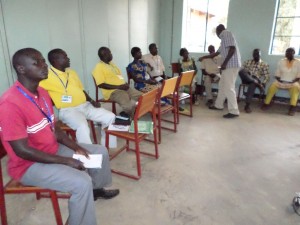 Lesson with the psychosocial workers 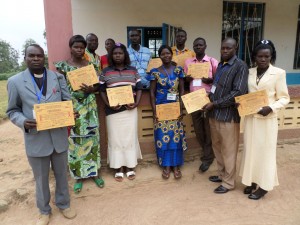 The psycho-social workers and lab-technicians with their certificates 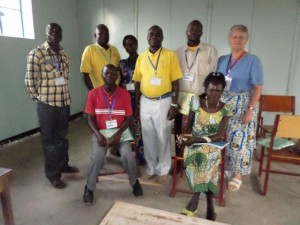 The staff of the AIDS Awareness Program with the Adi Pastor, and one volunteer 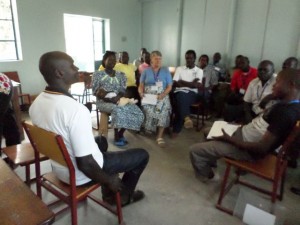 The group of doctors and nurses discussing a role play 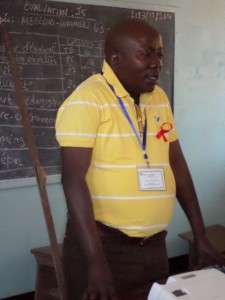 Dr Buju, PNLS, during his speech at graduation 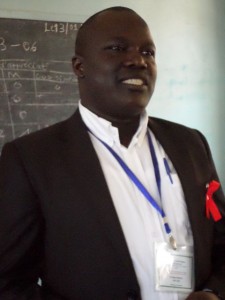 Dr. Simon Ozimati, one of the Adi doctors 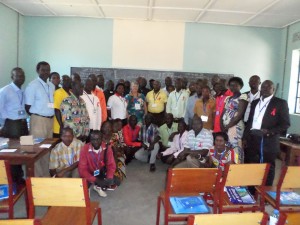 The group of doctors and nurses