The training is finished. It were hectic, busy days but all went well. Monday morning 16 March, was for the last preparations but not all worked out, like to have the statistics about the treatment program in the health zone of Adi. The people of the health zone were still working on their reports.

Several church leaders came with their wives. This made that the language used was Bangala, although at the end I noticed that I started using French more because I was tired (this because bedtime for me was around midnight for three nights in a row). 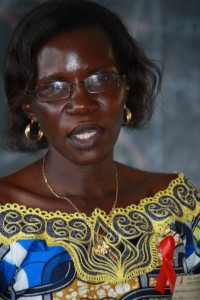 There were many really positive points during the training. For me that was Badaru’s testimony. She is living with HIV and I knew her story as she told it before. But the fact that she stood before these church leaders and had the courage to tell them, making herself vulnerable, touched my heart. And my eyes, I must confess, didn’t stay dry. After her testimony I asked all to stand around her in a circle and one pastor to pray for her. 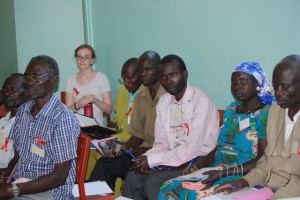 On their evaluation form many said that they wanted to have a follow-up, either in training or in visits from the facilitators. And that is exactly what we want to do. They also asked for a syllabus. Also something we like to do. However, we didn’t have enough time to prepare this as I translated a lot from English into French and then we needed on the spot or in our workshop preparation translate it again into Bangala. We will prepare a small syllabus though, we (Badaru, Likambo and I) decided this morning during our evaluation. Of course there were other things as well to improve and we will. One thing to keep though is the testimony of Badaru, as many have expressed it to be one of the important moments of the training.

As I said, several pastor’s wives came also, as did the wife of the chief of the Kakwa. She attended even more sessions than her husband, who was asked to attend several important meetings at the chiefdom. 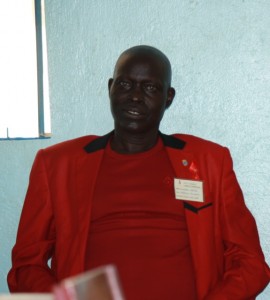 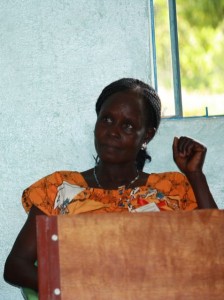