In January I have been writing the 2011-2012 report of the AIDS Awareness Program. Just have to see when the internet connection is as fast as possible and then I will try to place it in a post. When I went to Kampala in February it was not quite ready. And I didn’t really have time to place it either. Was busy with finances, I had to go to the dentist and did 1001 other things. All in just five days in Kampala. I spent three days in Arua on the way back, then went into DR Congo to visit Aru first.

Telephone call
On Monday in Kampala I received missed calls the whole day. Or, when I took the call, the telephone on the other side was quickly switched off. I didn’t know the, Ugandan, number. Finally, later in the afternoon, I’d had enough and wrote: Identify yourself or stop calling me. A couple more calls followed. Then a message. It identified the caller as Likambo, my colleague from Adi. He had news, he wrote, about the training that the National AIDS Program wants to give before the hospital in Adi is qualified and authorized to start with a comprehensive package of care for people living with AIDS. The next day only I managed to get a hold of Likambo and he told me that another organization working in our area wants to organize the training also and wants to join hands with us. YES!!! 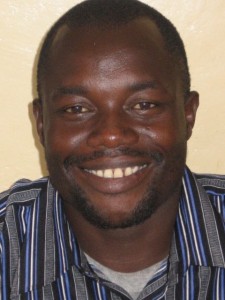 Aru
In Aru Alio, one of my colleagues who works there, and I went to see the District Medical Officer. he also stressed the importance of the training of the National AIDS Program and he even mentioned that we have lost opportunities that we would have had if the training had already been done. Then and there, Alio and I decided that the training should be our first priority. And last week on saturday during the meeting with the animators of the AIDS Program we stressed it and all were in agreement that this training should take place before developing the program with more activities and asking money for these. 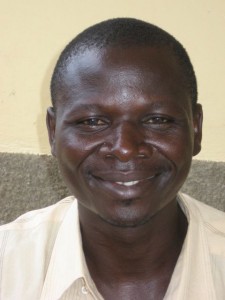 Proposal writing
And this past week I have been busy writing this proposal for the training. With it we want to find the necessary funding for the training the National AIDS Program has to give before the General Hospital in Adi can be involved in VCT, PMTCT and treatment with ARV. 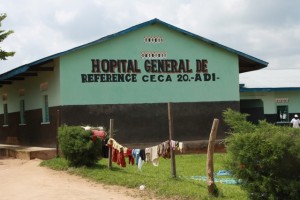 It is even more urgent than I thought. Myriam, who works in another NGO that is involved in fighting AIDS, mentioned that she had talked with a doctor who is involved in the treatment program in Arua, Uganda. It seems that Doctors without Borders (MSF) will back out and leave. When that happens the Congolese people who come to Uganda for treatment will NOT be served anymore. Wow…that would mean that they will die when they have to stop abruptly with their medication. Please pray that I will be able to finish writing the proposal as soon as possible and then send it to possible donors (we are already thinking about one) and that we will receive a positive answer. 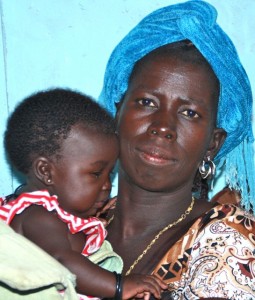 Malisi with her daughter Shalom

A testimony
Malisi says: I have to go to Arua every month for treatment. It is that often because I have a daughter of one year old now. In rainy season the trip can take up to 6-7 hours (for about 80 km) because of the bad road conditions. Sometimes we have to stay on the veranda of the parking to wait for an occasion to return to Congo. The costs are high. First for the transport to Arua and back, immigration, accommodation, meals in Arua. My daughter cries a lot while traveling. I wish, and with me many other persons who live with the HIV virus, that our treatment can be organized in Adi.